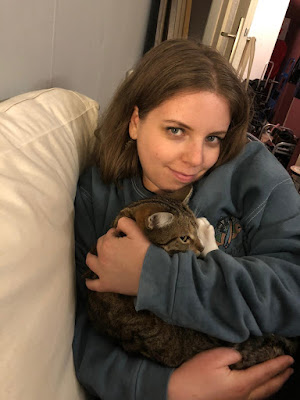 Currently, I’m a Content & QA Manager shifting towards a dev career, learning mainly Python/Django for now. In my free time I’m editing the first draft of my novel as well as researching and writing a non-fiction project (because I hate fun).

Formerly, I wrote content and copy & translated it from German to English. For a while I thought it was my dream job, but things changed! Also, it turns out that I enjoy writing a lot more when I don’t have to worry so much about making money from it or clients liking it.

In a hypothetical other life, where I possessed the right connections, a driving licence, the inclination to spend >3 hours on an aeroplane, and the ability to thrive in -30°C temperatures, I would be translating French Canadian literature.